Announcement: Bursary for study of Anglo-Norman

The Anglo-Norman Dictionary (www.anglo-norman.net), an AHRC funded project held at Aberystwyth University, would like to invite expressions of interest in a post-graduate bursary fund supporting research on Anglo-Norman. 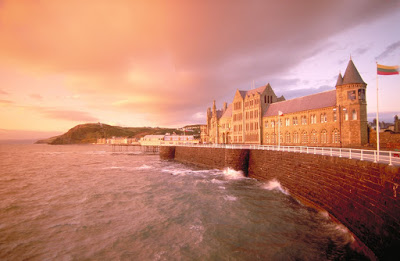 Over the next four years, five bursaries, of up to £1000 each, will be available to support post-graduate students and their research on projects related to Anglo-Norman. Applicants will be able to make use of the considerable resources available at the Dictionary office, including editions of Anglo-Norman works as well as a vast library of works on Anglo-Norman, Romance linguistics, etymology and lexicography. As visiting scholars at Aberystwyth University, applicants will also be able to make use of the university library as well as that of the National Library of Wales. Applicants may be asked to give a short research presentation to the department or write a blog post about their research.

The bursary is intended to be used towards the cost of travel and accommodation in Aberystwyth. Applicants should submit a short description of their research for consideration as well as a summary of potential expenses.

Expressions of interest and any questions should be directed the editors, Dr Geert De Wilde and Dr. Heather Pagan at anglonormandictionary@gmail.com by December 1st, 2017, for travel in 2018.